September 21, London, UK: The 35th Golden Joystick Awards presented with OMEN by HP today announced the full awards shortlist¹ and opened voting to the public. The shortlist and voting page can be viewed now at goldenjoysticks.com. Every person who votes will receive a free videogames e-bookazine² worth up to £15.99 after they vote.

The 35th Golden Joystick Awards presented with OMEN by HP also introduces four new voted awards to reflect the changing nature of the industry and allow gamers’ to reward their favourite games, communities and personalities. These are ‘Best VR Game’, ‘eSports Team of the Year’, ‘Best Streamer / Broadcaster’ and the ‘Still Playing Award’, which celebrates games that have us playing all year-round, even if they were released outside the voting window. We are delighted to introduce another non-voted award, ‘Outstanding Contribution’ to the UK Games Industry, awarded to an individual by our judging panel.

“The number of different games shortlisted, over 120 in total, from over 65 different publishers and developers, reflects the fantastic variety of titles released this year across all the different platforms. Groundbreaking games bursting with originality and flair can be found in all the categories from indie games through to huge triple A franchises.”

Topping the ‘most nominated’ list this year is role-playing game ‘Persona 5’ and Sony blockbuster ‘Horizon: Zero Dawn’, which both receive five nominations. Supergiant’s party-based RPG ‘Pyre’, Nintendo’s ‘The Legend of Zelda: Breath of the Wild’ and Fullbright’s ‘Tacoma’ are next up with four nominations each.

The Golden Joystick Awards presented with OMEN by HP will be hosted by comedian Danny Wallace on November 17th at London’s Bloomsbury Big Top and will be live streamed on the night. Voting closes on November 3rd so get voting for your favourites now! 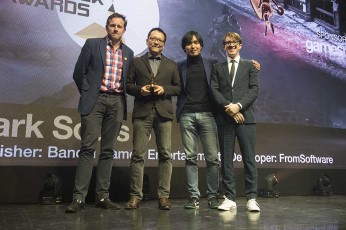 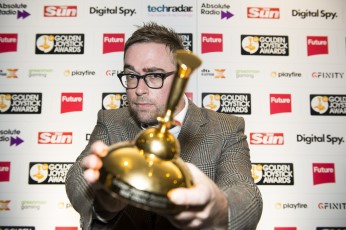 ¹Please find below three of the shortlisted categories, for the full list of shortlisted games and to vote visit goldenjoysticks.com.

The Game Show is two blokes from the UK who like retro PC games and stuff from the 2000s.
Gamecube